The Dorset Weave is Finished!

Monday this week saw The Big Weave artists return to Westfield Arts College in Weymouth to see what progress had been made on The Dorset Weave over the last 4 weeks. The tapestry was ready and waiting when we arrived and we were astonished to see the work that had been done. The project has been a great success, Westfield has created a potential local heirloom in The Dorset Weave and the stories that have been woven around the loom have been a source of inspiration and delight for those involved. Local schools involved in the project have embraced weaving wholeheartedly and some participants who were touched by the weaving process have become dedicated to the craft. New friendships and partnerships have been established. With the success of The Dorset Weave a seed has been sown for similar projects to take root in Dorset. 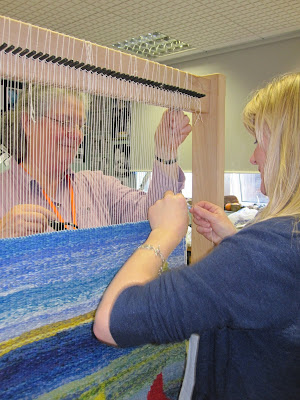 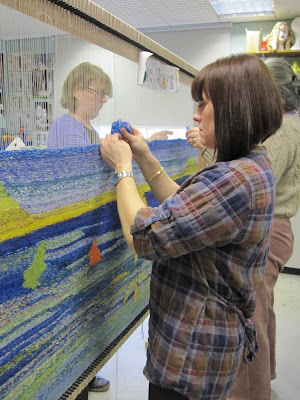 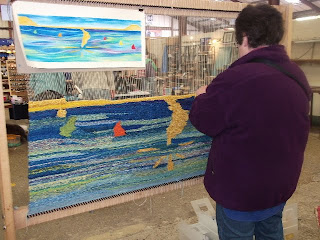 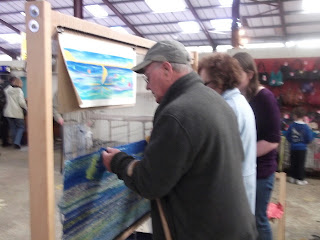 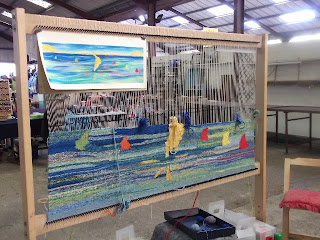 A report from Angie Corbet on the latest outing of the Dorset Weave
"Jo & I picked up the loom from the fantastic Town Farm Workshop up at Sixpenny Handley. It had been their Open Day & it was awe-inspiring to see what they get up to there - so much colour & texture, so many different forms of weaving, so much talent! The Big Weave stayed safely wrapped up in our car overnight then set off early in the morning to Wimborne Market, where we set up the loom in Hall 2 amongst the stalls, at 8 am. We didn't have many "customers" for the first hour or so but a few stallholders came over & "had a go". Gradually the market filled up & people started to stop, ask us questions & join in. Several members of the Dorset & New Forest WSD Guilds & also the Countryside Spinners, who meet at The Courtyard Centre in Lytchett Minster on a Tuesday lunchtime, came along & helped. It never got really crowded but we didn't have time to draw breath until about 12.30, when it was nearly time to throw the blanket over the loom & leave it for the night. The market buildings are locked once the day's trading is done, so we knew it would be safe in there. Sunday morning was a relaxed 8.30 am start, as we didn't have to set the loom up. Again, it was a reasonably steady-paced morning, never too crowded but lots of people admiring the Weave & stopping to talk, and a fair few joinging in. Carol Lewis from the Dorset WSD Guild came along & helped, and several members of Wimborne's Happy Patchers took part too. The weave is progressing well; we "finished" the sea and have moved up onto the coastline now. We didn't have any especially young or old weavers, just a pleasant mixture of the public at large, and not everyone could be persuaded to sign the book, but I think everyone who joined in enjoyed themselves"
Posted by The Big Weave at 15:46 No comments:

The loom returns to Westfield Arts College giving pupils a chance to weave in their thread. 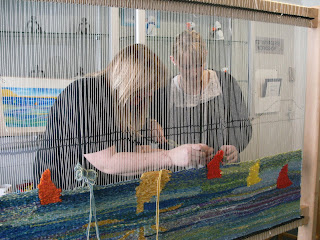 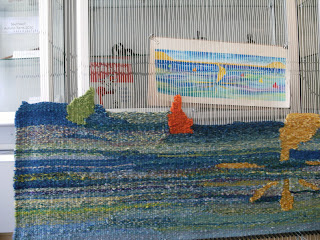 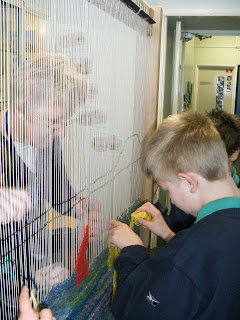 were excited to have The Big Weave back in school for 3 days, with everyone keen to see how the tapestry had grown. Everyone in school had the opportunity to weave a thread with our site manager being the first to weave. Some pupils had to wait patiently and enjoyed just watching others at work. When the loom left there seemed to be a void in the corridor with pupils asking when it was coming back and what would we be weaving next!

The loom left us and went off to Sixpenny Handley for 2 days. We all look forward to seeing the progress over the next week and will be a little disappointed when it's all finished! Thanks to all who joined in and to the volunteers who managed the weave for the three days. 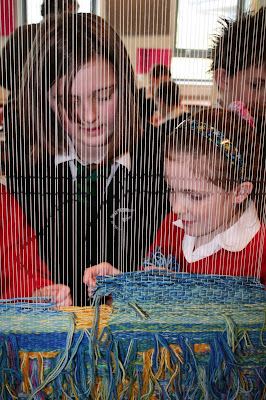 The Dorset Weave visited Shaftesbury School on its journey around local venues. Here is what they had to say after the visit: "We had children from local Primary feeder schools including Motcombe, Shaftesbury and Abbey School taking part in the project. Shaftesbury School students helped the younger children and enjoyed having a go themselves. Over 50 people took part during the session. Comments from those involved included ‘It’s great to see so many hands working together’ and ‘I liked doing the sea, it was very relaxing.’"
Posted by The Big Weave at 12:40 No comments: 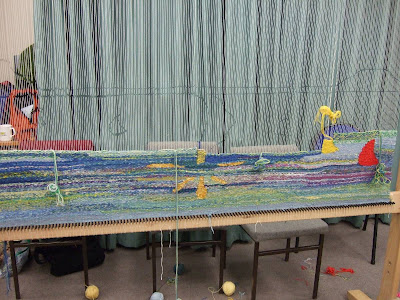 Fourteen classes at St Andrews Primary School enjoyed weaving into the tapestry when it visited school last week. Several didn't want to stop!
Posted by The Big Weave at 15:28 No comments:

Creativity knows no bounds - here are first tapestries woven by attendees at Westfield training days - I hope you'll agree that the results are very impressive. 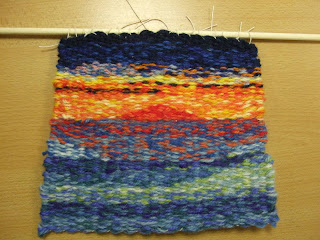 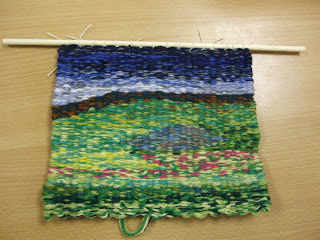 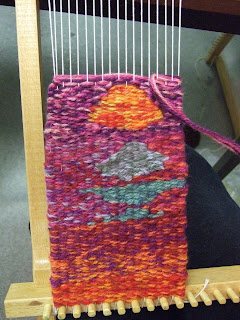 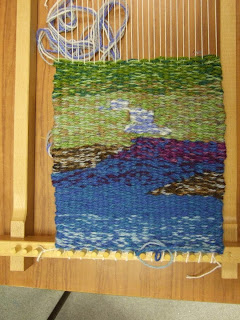 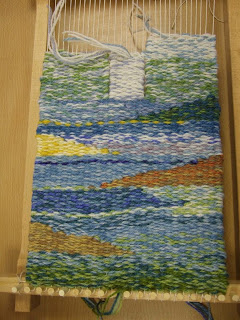 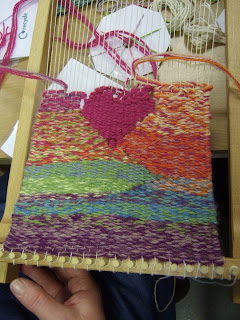 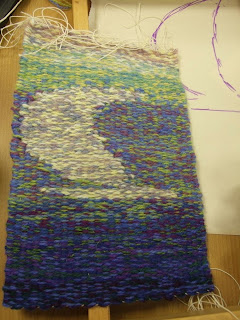 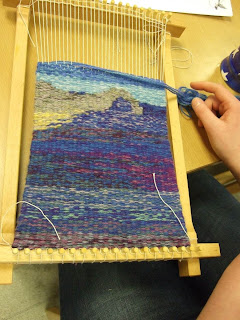 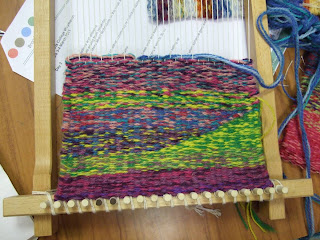 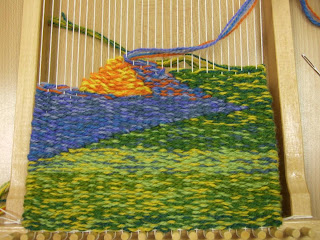 Have you woven your thread into the Dorset tapestry yet?
The Dorset Weave will be visiting the following venues where volunteers will be on hand to show you how.
Saturday/Sunday 19/20 March at Wimborne Market
Tuesday 22 March at Poundbury Patchwork
Don't miss out!
Posted by The Big Weave at 15:58 No comments: